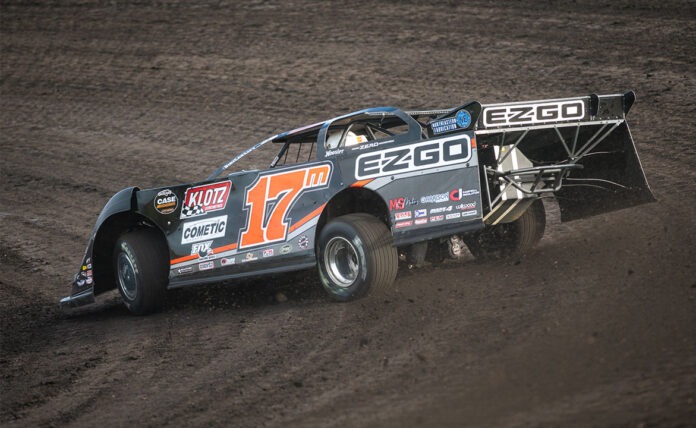 RINGGOLD, GA– Dale McDowell encountered something new at the beginning of 2022—a different mindset.

One year after being diagnosed with prostate cancer, the Chickamauga, GA driver has a new appreciation for dirt Late Model racing. An appreciation he’s taking in one race at a time.

McDowell said he knows he’s moving into the twilight of his career and that the number of opportunities to find Victory Lane are getting smaller.

“When you’re younger, when you have a bad weekend, or you don’t get to go, you’re like, I’ll get them next time,” McDowell said. “So those next times are running farther apart, so I’m just trying to take it in.”

“We have good partners. Shane (McDowell, his brother), Sarah (McDowell, his sister-in-law), and Landon do a great job with the race team. So, I’m just kind of taking it in and appreciating everything about the sport and what we’ve been involved in, and it’s just giving me a different outlook on it.”

The original member of the World of Outlaws Late Models Dirty Dozen kicked off his new outlook in style, reaching Victory Lane in the Series opener at Volusia Speedway Park in January.

Not wasn’t only a moment of triumph for the “Mac Daddy” but also a moment of appreciation.

“I think just going through what we went through and the uncertainty of what our future was going to be, it definitely brought in a breath of fresh air when I was able to get back in the car,” McDowell said. “It just makes you appreciate it more and not take it for granted as much, obviously, when you go through something like that.

“We’ve had a really good year, been very blessed with my health, and we’ve been fortunate to have a good year.”

Entering this weekend’s Stateline Showdown at Boyd’s, McDowell has seven wins—including two with the World of Outlaws Late Models and a World 100 preliminary victory at Eldora earlier this month.

In Victory Lane at Eldora, McDowell mentioned how grateful he was to return to the iconic stage, not knowing how many more chances he’d have to get there.

“I feel like now I look at these places like I’m not going to be able to come there as often,” McDowell said. “It’s toward the end of how many times I can go there and compete. I think going through what I went through it’s appreciating my opportunity that’s out there to help me get to these races. “

The momentum from that preliminary win carries him into Boyd’s this weekend—a track close to his hometown.

McDowell’s traveling schedule hasn’t allowed him to visit often, but he has found success. He had two podium finishes in Southern All-Star Series appearances in 2021.

However, he’s excited about getting the chance to race 25 minutes from Chickamauga.

“I really think it’s awesome to bring a show like this to our hometown,” McDowell said. “I haven’t raced there nearly as much as I’ve liked to, just because I’ve traveled to other events. But being able to race this close to home is fun. Hopefully, there’s a lot of good guys coming in, so we have a good showing, so we’ll do our best and give it our best shot.

“We’ve always had stiff competition here in the Southeast around the Chattanooga area and Atlanta area. A lot of good short-track guys have come from this area. They cut their teeth against stiff competition, and it makes them good.”

The Georgia driver hopes his new mindset in 2022 gives him another moment to appreciate this season—a third World of Outlaws CASE Late Models win.

McDowell will join The Most Powerful Late Models on the Planet at Boyd’s Speedway in Ringgold, GA, for the inaugural Stateline Showdown Sept. 23-24. 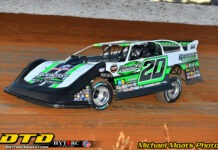