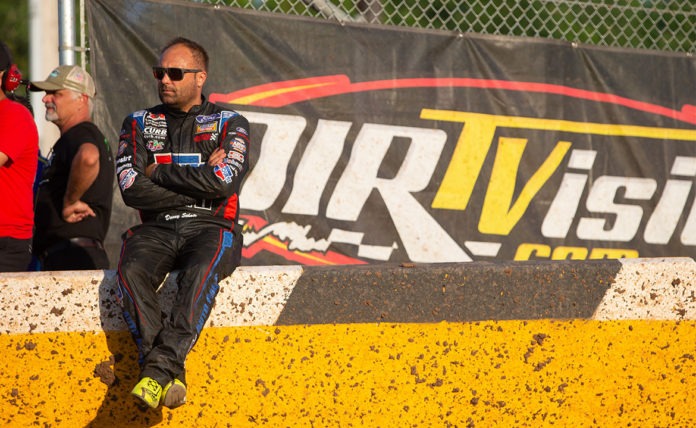 The Greatest Show on Dirt returns to 34 Raceway in West Burlington, Iowa for the first time since 2014 on Fri., July 10. Then, teams will make the trip back to Wisconsin to race at Wilmot Raceway on Sat., July 11 and will end the triple-header weekend at Terre Haute Action Track in Terre Haute, IN on Sun., July 12.

After spending Independence Day weekend on the 3/8-mile Cedar Lake Speedway – the second event of the year swept by Brad Sweet – 34 Raceway will mark the second 3/8-mile event of the season. Drivers will then have to tackle the 1/3-mile bullring in Wilmot before hitting high speeds at the half-mile Terre Haute Action Track.

There will be an abundance of action and storylines to follow throughout the busy weekend. If you can’t make it to the track, you can watch all three nights live on DIRTVision.

RETURNING TO SITES OF SUCCESS: Ten-time Series champion Donny Schatz, of Fargo, ND, found himself back outside the top-10 for two races in a row at Cedar Lake Speedway, but is returning to three tracks he’s had great success at before.

This triple-header weekend could be the perfect opportunity for he and Tony Stewart/Curb-Agajanian Racing to return to form and earn their first win since May. He’s currently only four wins away from a milestone 300 career World of Outlaws wins.

BIG CAT REIGNS: Reigning Series champion Brad Sweet, of Grass Valley, CA, has positioned himself as the driver to beat every race. He has seven wins, 16 top-fives and 18 top-10s in the first 19 races of 2020. The Independence Day Spectacular at Cedar Lake Speedway was the second doubleheader event he’s swept, too.

He’s the last driver to win a World of Outlaws event at Terre Haute in 2018 but has yet to win at 34 Raceway and Wilmot Raceway. In his sole start at 34 Raceway, Sweet finished 22nd after being involved in an accident. And while he hasn’t won at Wilmot, he’s never finished worse than fourth at the 1/3-mile track.

Sweet is the only driver this year that’s won on a 1/3-mile, 3/8-mile and 1/2-mile track with his Kasey Kahne Racing team.

GRAVEL FINDING LEGS: After a couple of weeks of fighting to stay inside the top-10, David Gravel, of Watertown, CT, and Jason Johnson Racing have continually found themselves back in the top-five. They came up one spot short of claiming their second win of 2020 at Cedar Lake Speedway last weekend, finishing second to Sweet after leading more than 30 laps. It was his sixth runner-up finish at the speedway.

In the last four races, Gravel’s finishes include seventh, fifth, fourth and second. Cedar Lake was the second event this year that he’s led laps at. He’s yet to win at 34 Raceway and Terre Haute Action Track but has three wins at Wilmot Raceway – the most of all drivers.

KINSER KEEPS FIGHTING: For the first time since September at Skagit Speedway, Kraig Kinser, of Bloomington, IN, put himself in contention for a win at Cedar Lake Speedway last weekend and ended the race with a podium finish.

He’ll look to carry that momentum into the three-day weekend of racing, including when he races in front of a home state crowd at the Terre Haute Action Track. He’s yet to win at the three tracks but hopes his strong run will be the start of more to come. He’s looking to get his first win with the Series since 2017.

HAUD HOT STREAK CONTINUES: Other than Brad Sweet, Sheldon Haudenschild is on one of the best hot streaks in the Series. The Wooster, OH driver currently has 11 consecutive top-10 finishes – seven of them being top-five finishes with his Stenhouse Jr.-Marshall Racing team.

That steak has helped Haudenschild maintain his fifth-place rank in the championship points, but he has yet to pick up a win this year. He’s has yet to race at 34 Raceway but has a decent record at Wilmot and Terre Haute. He’s never finished worse than seventh at Wilmot and finished fifth in his sole start at Terre Haute.

SCHUCHART RISING: Logan Schuchart, of Hanover, PA, moved back into the runner spot in points last weekend as he continues to have one of the best years of his World of Outlaws career. However, 10-time Series champion Donny Schatz is only two points behind him.

Like many of the drivers entering the upcoming three-day race weekend, Schuchart is still in search of a win at all three track. He and his Shark Racing team have proven they can perform at any size track this year, though, with a win on a 1/3-mile and 1/2-mile, so far, this year.

For the first time since September, Allen, of Hanover, PA, strung together a run of two consecutive top-10 finishes. He and Shark Racing have made big improvements since the beginning of the season and last year, continually finding themselves in the top-15 and inside the top-10 more often.

Parker Price-Miller, of Kokomo, IN, and Dietz Motorsports are also starting to get into a rhythm with an sixth-place finish and fourth-place finish at Cedar Lake Speedway. And, in the weekend prior, other than being involved in a wreck on the final night of the Jackson Nationals, he had finished eighth and fourth in the two previous rounds at the track.

For the first time this year and since 2018, Madsen, of St. Mary’s, NSW, AU, put together a run of two top-fives in a row at Cedar Lake Speedway. He and his Big Game Motorsports team have found themselves in the top-10 more consistently this year, so far collecting 11 top-10s in 19 races. Last year he had 14 top-10s in 36 starts.

WHEN & WHERE
Friday, July 10, at 34 Raceway in West Burlington, Iowa | Tickets / Event Info

ABOUT THE TRACK
34 Raceway is a high-banked 3/8-mile track
Online – 34Raceway.com