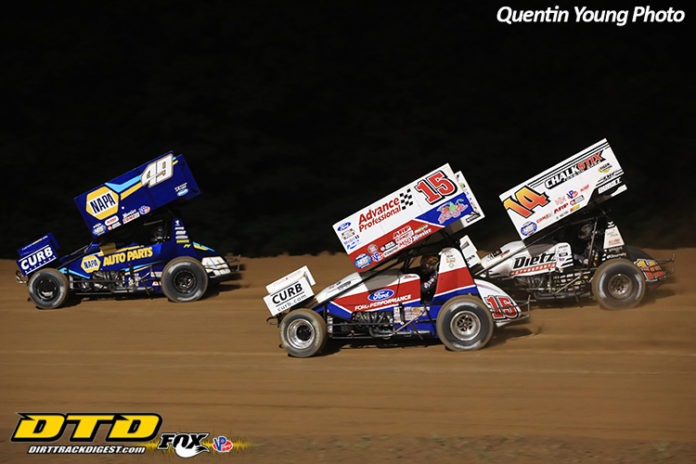 ORRVILLE, OH – After an exhilarating month of racing in July, the World of Outlaws NOS Energy Drink Sprint Car Series will kick off August by visiting two new tracks recently added to the 2020 schedule.

The Series will make its return to Wayne County Speedway for the first time since 1985 on Sat., Aug. 1 and then make the trip to Plymouth Speedway on Sun., Aug. 2. – its first time back to the Indiana track since 2017.

The two 3/8-mile tracks will set the stage for a thrilling doubleheader weekend – with $10,000-to-win on the line both nights – to kick off the final half of the season with five drivers still in the hunt for the championship.

If you can’t make it to the races, you can still watch all of the action live on DIRTVision.

POINTS SHAKE UP: Reigning champion Brad Sweet enters the doubleheader weekend as the current points leader, but last week showed how quickly that can change.

Ten-time World of Outlaws champion Donny Schatz began the PA Swing last week by taking the points lead after earning his third win of the year at Lernerville Speedway. Four days later, he lost it to Sweet, and second-place to Logan Schuchart, after suffering a rare DNF at Williams Grove Speedway. Sweet – who has a win at Plymouth Speedway in 2016 – now holds an 18-point lead over Schuchart and a 26-point lead over Schatz.

The team championship points battle is even more intense with Jason Johnson Racing in the mix – thanks to Parker Price-Miller filling in for David Gravel when he missed a race during the DIRTcar Nationals. Sweet’s Kasey Kahne Racing team is 18 points ahead of Shark Racing and 26 points ahead of Tony Stewart/Curb-Agajanian Racing and JJR.

HAUD’S HOME: The origin to Sheldon Haudenschild’s racing career can’t be told without mentioning Wayne County Speedway, which is only 15 minutes away from his hometown of Wooster, OH. While he’s yet to run a World of Outlaws event at the 3/8-mile track, Haudenschild has seven wins there – two with the Buckeye Outlaw Sprint Cars and five with the All Star Circuit of Champions.

Haudenschild enters the weekend with the momentum of having won his first race of 2020 at Lincoln Speedway with his NOS Energy Drink Stenhouse Jr.-Marshall Racing team. And before suffering a rear end issue at Williams Grove Speedway, Haudenschild was on a hot streak of 18 top-10 finishes in a row.

ALLEN IMPROVES: Jacob Allen, of Hanover, PA, is having one of the best season of his career in 2020, currently sitting ninth in points – the highest he’s been in the standings with four top-five finishes and nine top-10s.

He earned his first podium finish since April of 2019 with a third-place run at Lincoln Speedway – after leading the first 14 laps. And then backed it up with a top-five finish during the Summer Nationals finale at Williams Grove Speedway. He’ll look to keep that momentum going this weekend.

GRAVEL GAINS: David Gravel, of Watertown, CT, is on a hot streak of his own with two wins in the last seven races – including his recent Summer Nationals wins at Williams Grove Speedway – and 11 top-10 finishes in a row.

He’s the last driver to win a World of Outlaws race at Plymouth Speedway in 2017. And while he’s out of the hunt for the driver’s championship, he’s put his Jason Johnson Racing team in contention for the team championship – currently 26 points back from the lead.

WINNERS STREAK: July saw a diverse group for winners with several first-time winners for the season and eight different winners in a row. Reigning champion Brad Sweet and David Gravel were the only drivers to win repeat races during the month.

Sweet opened the month by sweeping the weekend at the 3/8-mile Cedar Lake Speedway. Gravel picked up the “W” at Wilmot Raceway and Williams Grove Speedway. Parker Price-Miller – who will look for a home state win at Plymouth Speedway – Sheldon Haudenschild and Shane Stewart all won their first race of the season. Logan Schuchart earned his fifth win of the year at Terre Haute Speedway. The next night, Kyle Larson earned his fourth win of the year during the Brad Doty Classic. And Donny Schatz earned his third win of the season during the Don Martin Memorial Silver Cup. 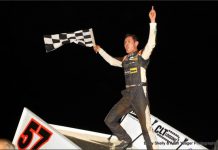 Kyle Larson Targets Big Knoxville Win At ‘The One and Only’ 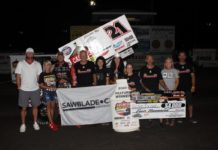 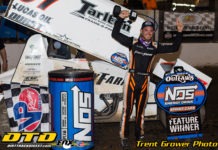 Kyle Larson Reigns At I-55 To Claim Ironman Title