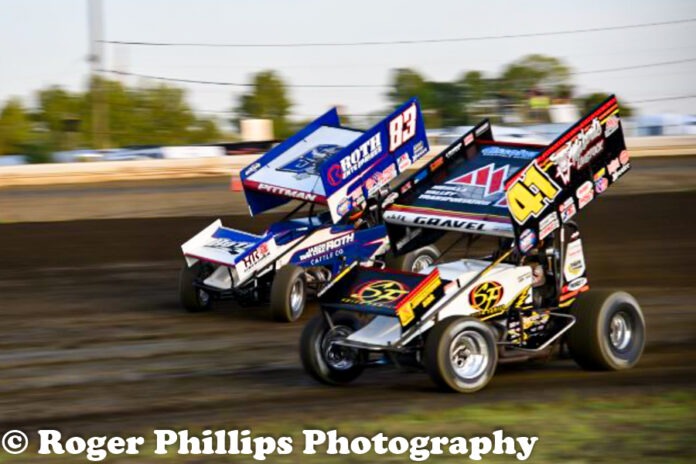 SWEDESBORO, NJ – A three-race swing against the PA Posse in May will lead the World of Outlaws NOS Energy Drink Sprint Cars to New Jersey and Ohio for three dates over five nights.

The Greatest Show on Dirt makes its one and only stop on Jersey’s Shore with an appearance at the newly-reconfigured Bridgeport Motorsports Park on Tuesday, May 18. Following that, a doubleheader weekend in The Buckeye Stateguides the 900 horsepower machines to Attica Raceway Park on Friday, May 21 and then Sharon Speedway on Saturday, May 22.

When Bridgeport comes into play on Tuesday, May 18, the World of Outlaws will encounter their third different configuration at the Swedesboro, NJ facility.

Labeled “The Fastest Dirt Track in the East,” Bridgeport was notoriously a lightning-quick 5/8-mile oval for years. Recently, a smaller 3/8-mile bullring was built inside the bigger track to open up the addition of more classes at the track. Now, for the first time, the World of Outlaws are coming back to race on the newly-reconfigured 4/10-mile surface.

Sammy Swindell was the king of speed when it came to the 5/8-mile big track, winning five of seven contested events. In 2019, Danny Dietrich took the first and only Series victory on the 3/8-mile oval. Now, it’s anyones guess as to who conquers the 4/10-mile soil.

“I love any opportunity we get to visit a new track,” Big Game Motorsports driver David Gravel said. “Obviously we’ve been to Bridgeport before, but the track was totally different then, so now we basically leveled the playing field and we’re back to square one. It’ll be interesting to see who can figure the place out first.”

A two-day break follows Bridgeport as teams travel to Attica Raceway Park for the Kistler Engines Classic on Friday, May 21. The first of two trips to the Attica, OH 1/3-mile will serve as a tune-up for the prestigious Brad Doty Classic which comes on Tuesday, July 13.

Dating back to the 1990 debut at Attica, the World of Outlaws have contested 16 events at the track. 10-time Series champion Donny Schatz is the winningest driver in Outlaw competition at Attica with four wins to his credit aboard the Tony Stewart/Curb-Agajanian Racing #15. Ohioan Dale Blaney and The King Steve Kinser are also multi-time winners. Kyle Larson enters as the most recent winner in 2020.

“Attica is a tough race track,” championship leader Brad Sweet, who has two top-fives in 11 starts, said. “You really have to get your elbows up at that place and the racing can get pretty wild. There’s no doubt it always produces some exciting racing for the fans.”

On Saturday, May 22, a 14-year absence from Sharon Speedway will end. The Series hosted nine events from 2002 to 2007, but haven’t been back since. Over that six-year span, Steve Kinser and Danny Lasoski were the only multi-time winners.

Sheldon Haudenschild, who sits second in the current championship standings, will look to join his father Jac Haudenschild as an Outlaw winner at Sharon. The Wooster, OH native takes extra pride when racing in his home state, proven by his wildly-popular victory at Wayne County Speedway last year.

“It’s always special racing in your home state,” Haudenschild said. “Attica and Sharon are both places I’ve won at before with the All Stars, so I’m excited to try and pick up an Outlaw win at those places.”

At the moment, Brad Sweet of Grass Valley, CA, leads the championship standings thanks to five victories through the first 13 of 83 races. He and the Kasey Kahne Racing, NAPA Auto Parts #49 team are chasing their third consecutive World of Outlaws title.

The closest challengers behind Sweet are Haudenschild (-92) aboard the Stenhouse Jr. Marshall Racing, NOS Energy Drink #17 and Gravel (-98), a 59-time winner driving the Big Game Motorsports #2. 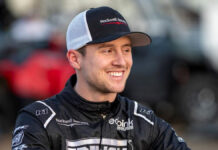