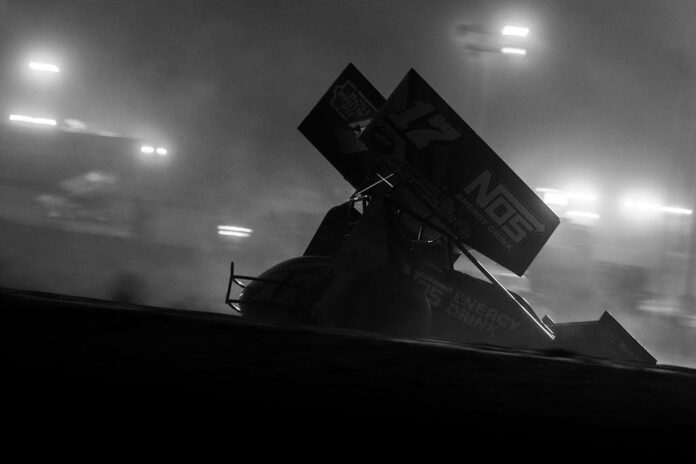 RANSOMVILLE, NY – For more than a thousand days, New Yorkers have been starving to see The Greatest Show on Dirt again.

This weekend, that dream finally becomes a reality again as the World of Outlaws NOS Energy Drink Sprint Car Series returns to The Empire State for the first time since 2018.

It all begins on Friday, July 30 with the sixth stop in Series history at Ransomville Speedway, a 4/10-mile oval located less than a half-hour from the Canadian border at Niagra Falls.

On Saturday, July 30, the Outlaws make their tenth all-time appearance at Weedsport Speedway, a 3/8-mile placed a half-hour west of Syracuse.

LONG TIME, NO SEE: New York state was a staple for 41 consecutive seasons on the World of Outlaws Sprint Car Series tour. Established in 1978, it took until 2019 for The Greatest Show on Dirt to go absent in The Empire State. Mother Nature halted the shows that year, and the COVID-19 pandemic removed any chances of a 2020 date as well.

Now, more than 1,000 days since the most recent race, the Outlaws are ready to return and give New York fans the horsepower and excitement they’ve been missing for almost three years.

STREAKING: Carson Macedo is officially in the midst of the longest top-10 streak of the 2021 season. In 14 races over the last month, the worst finish for the Jason Johnson Racing #41 is a seventh-place result on two occasions.

Throughout this stretch, the Lemoore, CA native has won twice, ran runner-up thrice, put it on the podium seven times, and recorded ten top-five finishes. His absurd consistency has helped Macedo pass David Gravel and return to P2 in the World of Outlaws championship standings.

Macedo’s only disadvantage comes in the form of two new-to-him tracks. Joining the Series full-time in 2019, the 25-year-old will compete in New York with the World of Outlaws for the first time this weekend as he faces Ransomville and Weedsport.

EMPIRE STATE OUTLAWS: Over the years, the NOS Energy Drink Sprint Car Series has contested 153 races at nine different tracks in the state of New York. In today’s current landscape of the 13 full-time drivers, however, only four of them have experienced victory lane in The Empire State.

Donny Schatz, the 300-time winner and 10-time champion, has earned 14 New York wins throughout his career, second only to Steve Kinser’s 39. Two of those wins came at Weedsport in 2015 and 2016, but he’ll be chasing his first at Ransomville on Friday night.

David Gravel of Watertown, CT is a three-time winner in the bordering state of his hometown. One of his three New York wins came in the most recent race at Ransomville, where he’ll try to go back-to-back on Friday aboard the Big Game Motorsports #2.

Logan Schuchart of Hanover, PA, and Kraig Kinser of Bloomington, IN also own one win apiece when it comes to The Empire State.

BEST OF BOTH WORLDS: New York super fans will have the chance to catch not only the World of Outlaws Sprint Cars this weekend but also the Super DIRTcar Series Big Block Modifieds. The Greatest Show on Dirt invades Ransomville on Friday and Weedsport on Saturday, but before the winged warriors come to town, The Beasts of the Northeast will rumble on Thursday night at Middletown, NY’s Orange County Fair Speedway.

STAYING HOT: Fresh off victories at Williams Grove Speedway last weekend, Sheldon Haudenschild and Brent Marks will look to keep their winning ways alive this weekend as they head to New York to close out the month of July.

For Marks, of Myerstown, PA, he enters as the most recent Outlaw winner at Weedsport. The Myerstown Missile led all 35 laps back in the summer of 2018 to score his second career Series victory. The #19 brings in momentum from his $20,000 Summer Nationals title.

For Haudenschild, he’ll try to add another track or two to his ridiculously diverse list. Sheldon’s 19 career World of Outlaws victories have come at 18 different tracks, only winning at I-55 twice. The Wooster, OH native just snagged his first-ever Williams Grove win, and now he’s eyeing the bright lights of New York in his NOS Energy Drink #17.

CASHING IN: The “Month of Money” is already halfway over, but a New York doubleheader, the Ironman 55, and the 60th NOS Energy Drink Knoxville Nationals pres. by Casey’s still remains. Entering this weekend, 11 teams have already cleared $20,000 in earnings over the stretch, five cars have banked more than $50,000, and the two Kings Royal winners are north of $175,000.


This Week at a Glance – When and Where

Around the Turn: After this week in New York, the World of Outlaws NOS Energy Drink Sprint Car Series will head down to Pevely, MO for the $20,000/Win Ironman 55 at Federated Auto Parts Raceway at I-55 on August 6-7. Following that, the 60th running of the NOS Energy Drink Knoxville Nationals pres. by Casey’s takes over The Sprint Car Capital of the World on August 11-14 in Knoxville, IA.