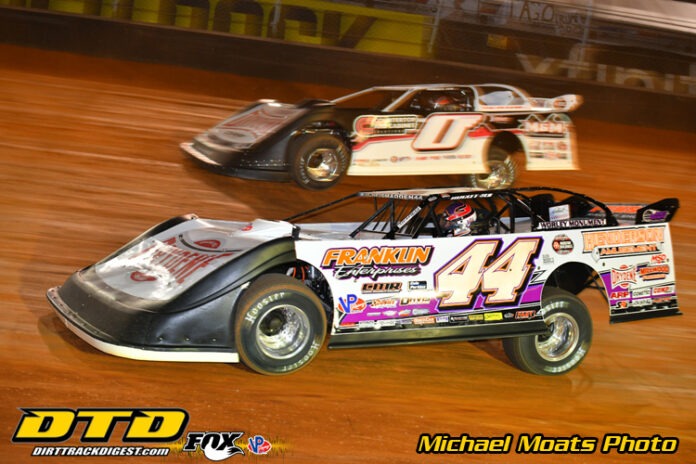 After listening to driver feedback regarding supply-chain issues and equipment costs, XR Events has reformatted the Super Late Model portion of the Karl Kustoms Bristol Dirt Nationals at Bristol Motor Speedway to include four nights of $50,000-to-win features. These races will be March 25-26 and April 1-2, 2022, both of which are Friday/Saturday individual-night shows. Bristol was originally scheduled to have eight Super Late Model features.

The previously announced Bristol Dirt Nationals points fund is still active, with $100,000 going to the driver with the most total points accumulated during the four nights. The total Bristol points fund is $300,000 and pays down to 24 positions.

“We will always put our competitors first, so this change to Bristol made perfect sense,” said X.CELERATED & XR Events CEO Barry Braun. “We want to give the drivers the best chance to compete in all our events and reward them for their efforts, so increasing the payouts to $50,000-to-win and keeping the points fund in place were no-brainers, too.”

Bristol ticket details and on-sale date will be announced on December 15. Camping is already available at www.bristoldirt.com.

The 2022 Colossal 100 at the Dirt Track at Charlotte Motor Speedway will now showcase four separate Super Late Model features, doubling from the original announced total of two. Super Late Models will race features Wednesday, May 11 through Saturday, May 14. The May 11-13 features will be $25,000-to-win individual events. Saturday night’s race will be a huge $50,000-to-win finale.

The Supers will be joined by both 604 and 602 Late Models each night at the Colossal 100, making this event the biggest all-Late Model event in the world. The Colossal 100 will still be a part of the 2022 Double Down Triple Crown.

The 2022 XR Super Series will be capped off by an all-new race at All-Tech Raceway, the Sunshine State 50. The inaugural event will be December 1-3 with two nights of $10,000-to-win qualifying and a $50,000-to-win Super Late Model finale.

“The amount of different race tracks and events we’ve put together so far is really impressive,” said new XR Chief Operating Officer Dan Robinson. “We’re going to bring everything we have to each and every one of these races and put on a great show for everyone who comes to the track or watches on XR+.”

ABOUT THE XR SUPER SERIES
The goal of the XR Super Series is to complement existing racing schedules with additional opportunities and to reward independent drivers and teams who choose to race these events. Also, starting in 2022, all 25 of these event dates will be officially sanctioned as XRSS races with a newly established rulebook and a full-time, in-house technical inspection team.

ABOUT X.CELERATED
Founded in 2003, X.CELERATED is a marketing and multimedia firm based in Silver Bay, Minnesota. X.CELERATED—referred to simply as XR—focuses on the racing industry, producing high-impact events and streaming broadcasts.