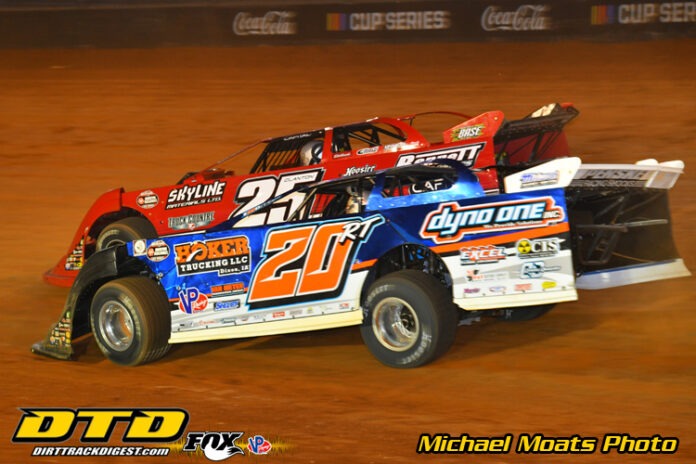 The return of the Karl Kustoms Bristol Dirt Nationals in 2022 shows growth in many ways. More than $1 million will be distributed to competitors during the March 20-April 2 event held at the dirt-covered Bristol Motor Speedway in Bristol, Tenn.

“This is an event that’s truly larger than life, and we want the prize money to reflect that,” said XR Chief Operating Officer Dan Robinson. “From bottom to top, in each and every class, we want to reward these drivers for racing with us at the Karl Kustoms Bristol Dirt Nationals.”

That’s not all that XR Super Series Late Models are competing for, as a $100,000-to-win points championship will be awarded at the end of the event. Prize money will be paid out to the top 24 competitors in points, provided that the driver attempts all four nights of racing. If a driver meets those criteria, they will walk away with at least $5,000 in points fund money. The total amount of points fund money up for grabs totals $300,000.

Adding up the XR Super Series purses, XR Super Series total points fund and support division money comes, that totals more than $1 million to be paid out to drivers throughout the entirety of the 2022 Karl Kustoms Bristol Dirt Nationals.

Tickets to the Karl Kustoms Bristol Dirt Nationals are on sale online now at www.bristoldirt.com. Adult tickets are just $40 and kids 12-and-under are $5 online. All-Access Passes, Pit Passes and more are available online now. Tickets will be available on each race day at the track.

Can’t be at the track? Live and on-demand coverage of the Bristol Dirt Nationals will be on XR’s streaming platform XR+ at www.racexr.plus with a monthly subscription.