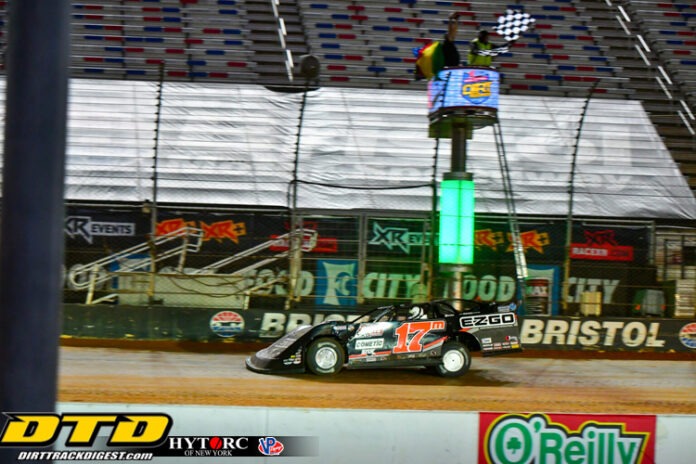 BRISTOL, TN – Dale McDowell picked up his biggest win of the season on Saturday night in the Bristol Dirt Nationals finale for the Super Late Models.

By virtue of his 2nd place finish, Chris Madden earned the championship and the $100,000 top prize that came along with it.

Chris Ferguson rounded out the podium, followed by Scott Bloomquist and Jimmy Owens.