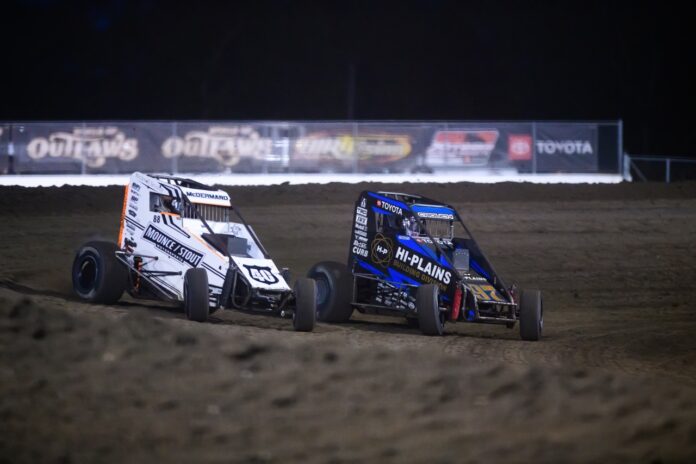 TULSA, OK The Xtreme Outlaw Midget Series presented by Toyota will crown its first-ever champion as the tour makes its debut in the Sooner State this weekend.

Port City Raceway kicks off the weekend with the third annual Donnie Ray Crawford Sooner State 55 on Thursday, Oct. 13, paying $5,555 to the winner. The race honors Donnie Ray Crawford – a multi-time champion and racer in the Oklahoma Micro Sprint and Midget ranks who passed away in 2012 at the age of 24.

The Series then heads to I-44 Riverside Speedway in Oklahoma City for the 18th annual Charlene Meents Memorial on Fri-Sat, Oct. 14-15. This two-day event pays $4,000 to Friday’s winner and $5,000 on Saturday, honoring longtime MARA Midgets officer and race official Charlene Meents.

The $10,000 check and championship trophy will be hoisted at the conclusion of Saturday night’s events. Multiple drivers are still in the hunt to become the Series’ inaugural season champion, which is poised to come right down to the wire.

Tickets for all three events will be available at the gate on race day. If you can’t be at the track, watch every lap live on DIRTVision.

Here are the drivers to watch and storylines to follow this weekend:

JUST A NUMBER – In its first year of operation, the Xtreme Outlaw Midget circuit has seen a wide array of winners, boasting a list of seven different names going to Victory Lane in the first seven races.

Gavan Boschele (14), Taylor Reimer (22), Jade Avedisian (15), Chance Crum (25), Michael Pickens (39), Chase McDermand (22), and Bryant Wiedeman (17) have all graced Victory Lane thus far, combing for an average age of 22 years old. It’s a sign of youth that has defined the Midget world this year and offers a look toward the Series’ future leaders.

With the number of Oklahoma and other Midwest-based teams expected to enter this weekend’s events, the odds of an eighth, ninth, or even 10th different winner is considerable. Bixby, OK-driver Cannon McIntosh is the highest-ranked driver in the Midget realm without an Xtreme Outlaw win, and is poised to change that this weekend, having won a whopping 11 of 22 POWRi National Midget League Features he’s started this year.

FINISHING THE JOB – Consistency has been the name of the game for Xtreme Outlaw points leader Zach Daum. Top-10 finishes in all seven races has been the foundation for his 48-point lead over Bryant Wiedeman, while five top-five runs have held it into the final weekend of competition.

Though the 48-point gap is not grounds to crown him Series champion, Daum, of Pocahontas, IL, has managed the pressure of championship points chases before, having won the 2013, 2014 and 2016 POWRi National Midget titles – most of any driver.

Daum has been solid in POWRi competition this year as well, posting four top-five finishes in nine starts and is the only driver with less than 10 starts inside the top-20 in POWRi National points.

ON THE RISE – Posting his best finish in the most recent Series event at Davenport Speedway in August, Kyle Jones could be a contender for his first Xtreme Outlaw win this weekend.

Jones, the 29-year-old from Kennedale, TX, won the most recent Midget event held at Port City one month ago, besting “PCR Posse” members Jonathan Beason and Andrew Felker in POWRi West Midget League action. He’s also sitting fourth in Xtreme points with four top-10s in seven races and is one of five drivers to qualify for all seven Features thus far.

TWO TITLES? – Bryant Wiedeman rides 48 points out of the lead in the Xtreme Outlaw standings and is the most recent winner with the Series, taking the checkers on night #2 of the August doubleheader at Davenport Speedway.

Though he’s never won at Port City, he ran second to Buddy Kofoid at the POWRi National Midget event there in March. He does have a win at I-44, putting it in Victory Lane in a POWRi Outlaw Micro Sprint race there in October 2020.

GOT THE POWR – Currently sitting third in Xtreme Outlaw points, 16-year-old Brenham Crouch comes into the weekend as the POWRi National Midget points leader by a hefty 510 points over second-place Taylor Reimer with only four races remaining.

While he currently rides 93 points behind in the Xtreme standings, he’s not mathematically out of the title fight yet. With some good finishes and a few misfortunes from his competitors, Crouch could potentially walk out of Oklahoma with both national Midget titles in-hand. 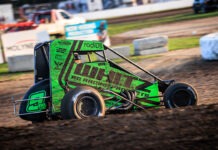